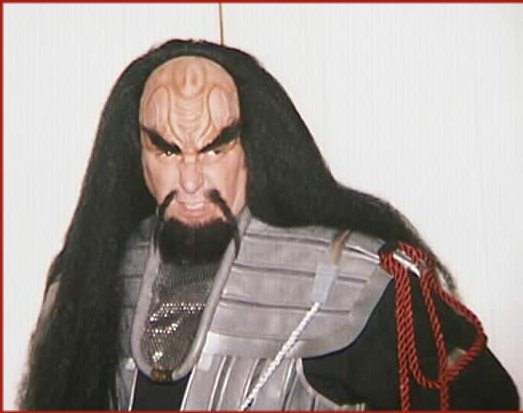 The Admiral (a.k.a. The Kaptain)

I am the commanding officer of the IKV Bloodlust. My ship, known for it’s aggressive harassment of non-Klingons, is a Negh'Var class Battleship located in the San Francisco Bay Area of California and is feared by many and is respected by all. Our primary mission is to harass the pajama clad feddies, to make Tribbles-and-bits of the Keebler Elves (Romulans) and to bring glory to the Empire. Join the IKV Bloodlust and you will experience a whole new world of battle and glory, meet new life forms and conquer them, and become one of the most feared warriors of the Galaxy. Join us as we infiltrate the Star Trek convention universe and make life unbearable for those Terrans and other non-Klingons.


Remember: Don’t stand between me and the Bloodwine!!!